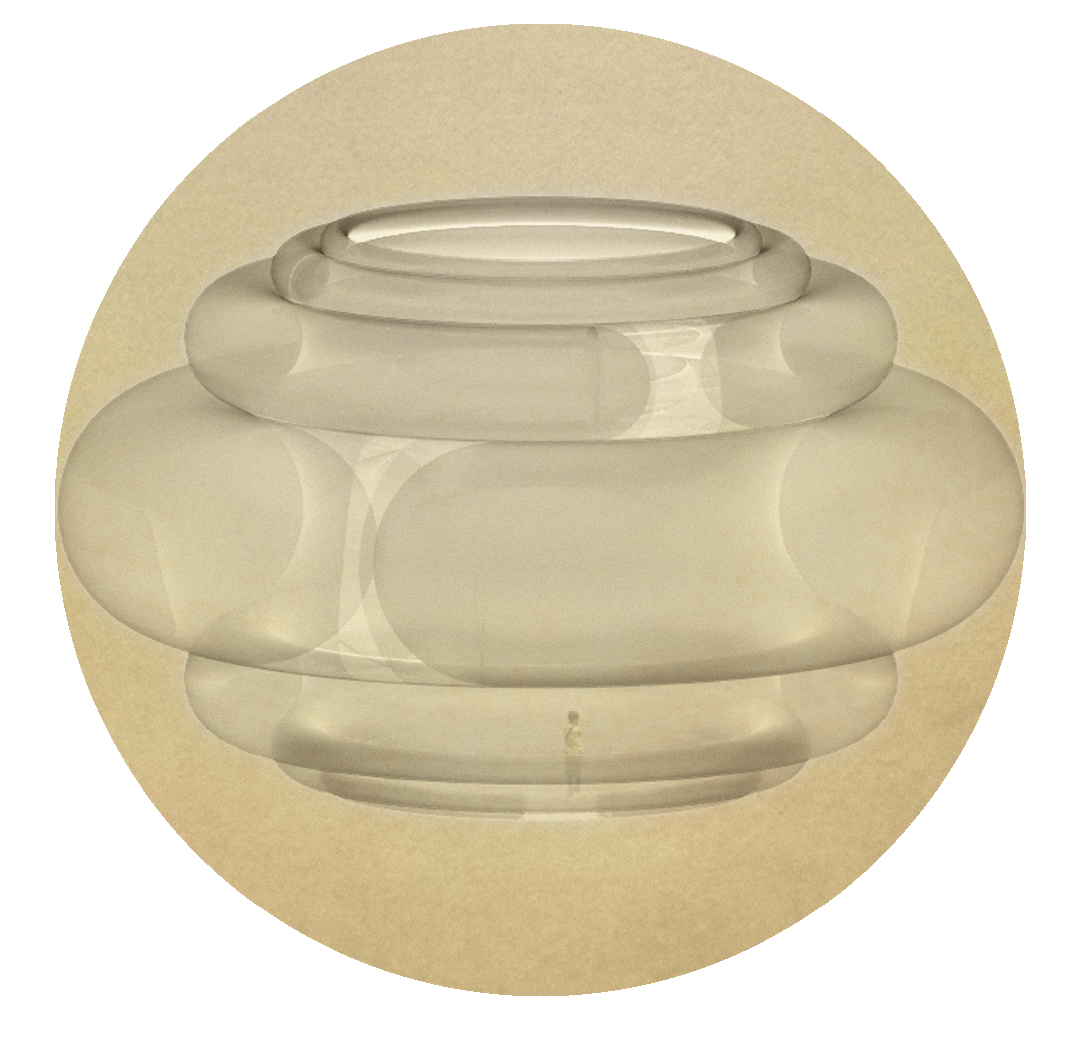 Precise, defined, rigorous, mathematical, although till intangible, invisible. To explore and understand air bubbles, we dived underwater, observing the sprouts of our own breathing. Spacial forms draw inspiration from geometrical synthesis of an abstract. Combinations of lines, horizontal and vertical ellipses inscribed into the circle, evoke the different phases of the bubble on its way to the surface. Double/skinned walls of air (the outer is crystal clear, the inner one opaque with pauses) define an interior as introverted space, which denies the visual relationship with the surrounding area leaving the view only through small air/screened “windows” filtering natural light. The zenithal opening frames the open sky. Seven circular tubes are assembled together with stitches in precise points, perpendicular to their radiuses. The lowest, in contact with the ground, describes a foot/print smaller than 45mq, constituting circularly + continuous seating for about 30 people, surrounding a central stage of free space. The inner surfaces can be used to host suspended performances or as screens to project on. With no ceiling or pavement, the space becomes a well of air, as a symbolical connection between the sky and the ground. The first ring that is also the “bench”is full of water.An experience of sitting on water that also keep on the ground the structure. An air pavilion that is born in the water, a “watAIR”pavilion. 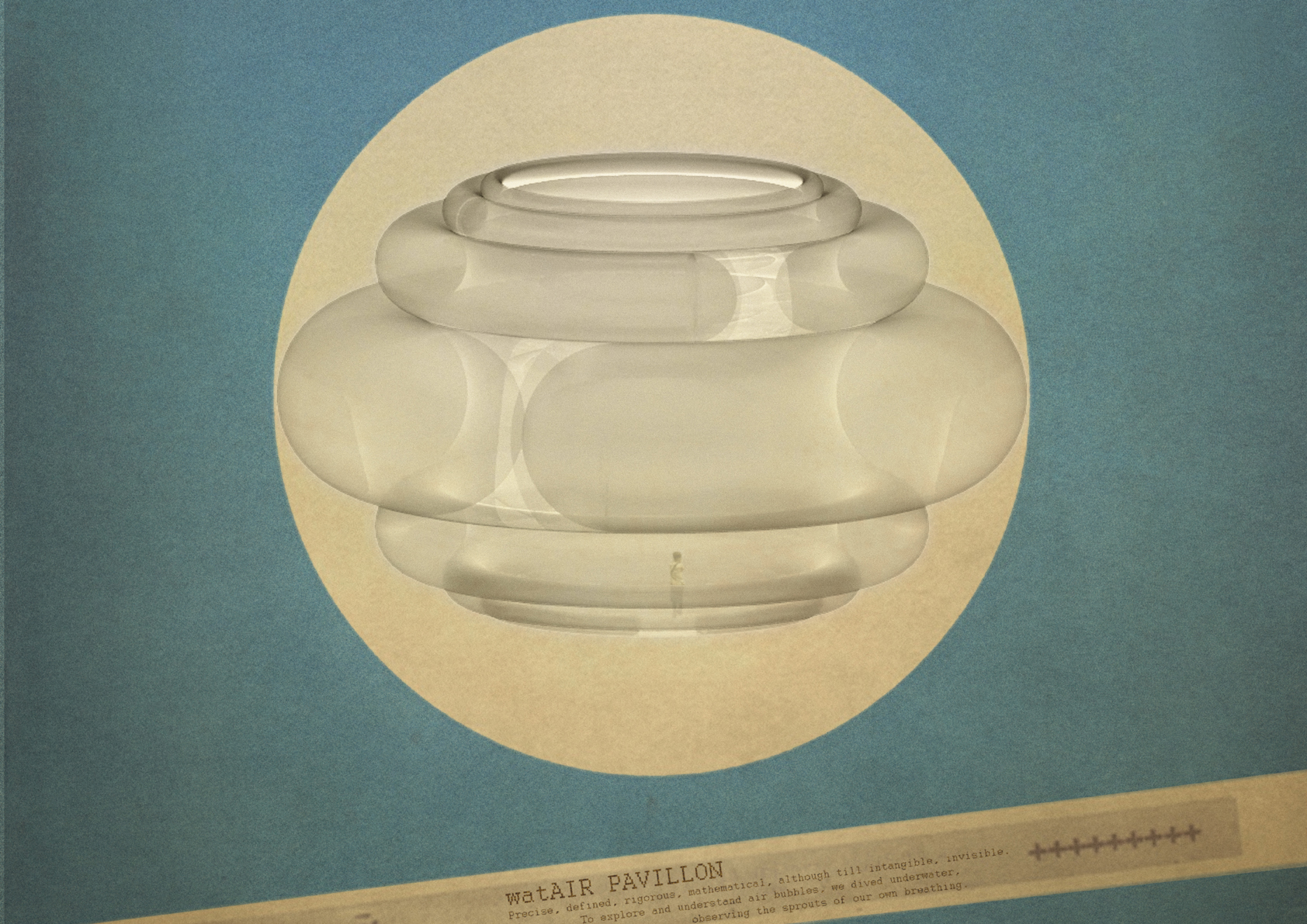 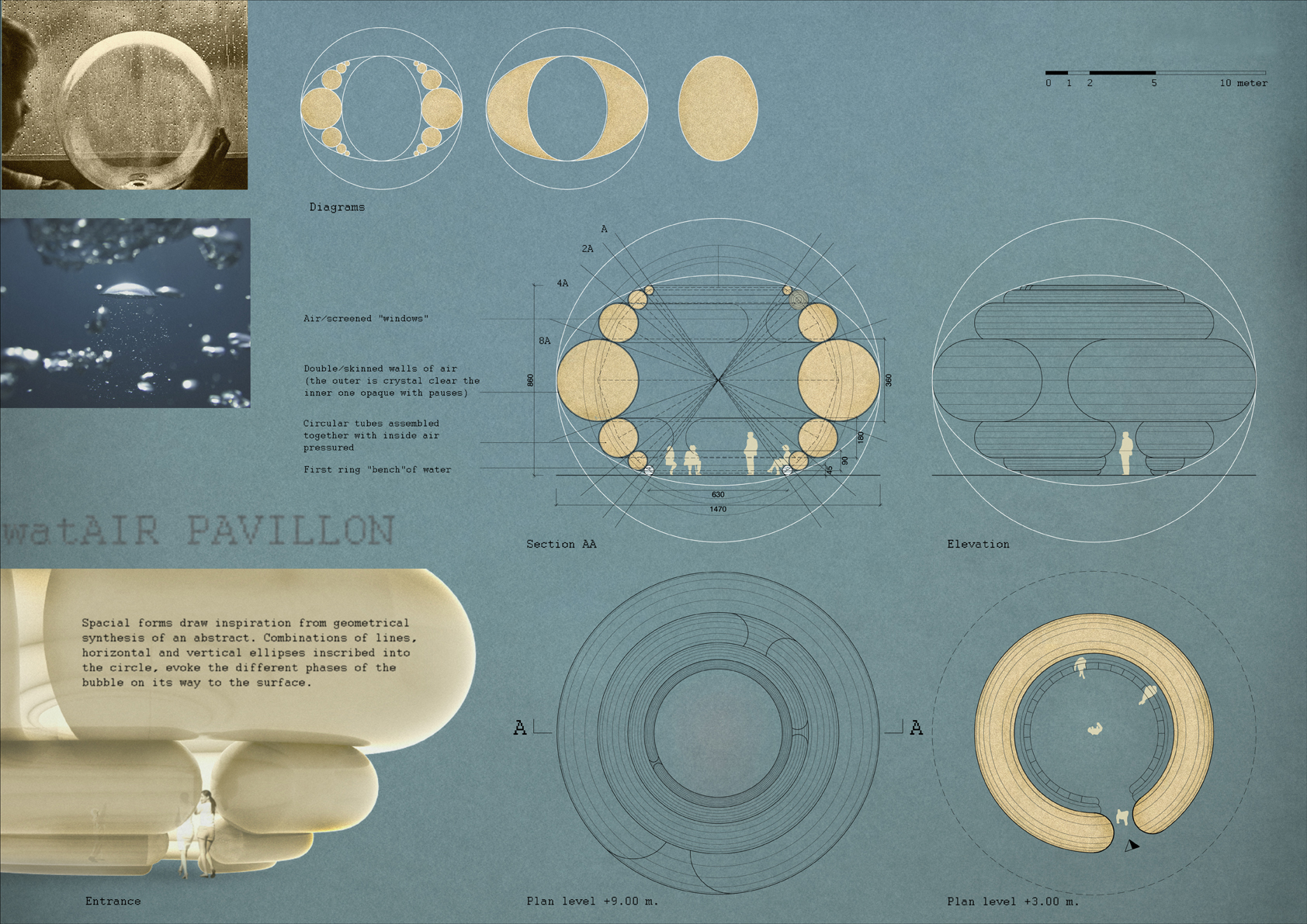