Between water and green!

The project intent is to link the two environmental systems and hinge them with the city center. The linking process realizes through the introduction of a new urban infrastructures system, which innervates the town context in north-south direction, like two brackets that echoes Wittenberge first historical shape: the church embraced by the old town streets.

The introduction of an environmental infrastructures network aims to build an urban strategy for the reactivation of three strategic sites, left disconnected from the urban development and flows: the town quay area, the train station and the harbor.
These poles will be reintegrated into a light mobility network through the introduction of a waterway on the eastern side and a greenway on the western side.

Waterway: the project lets a ship canal penetrate into the urban fabric, with a water regulation system, following the former Packhof rail yard.
This action gives the opportunity to design a new connection axe between the train station and the town quay area. 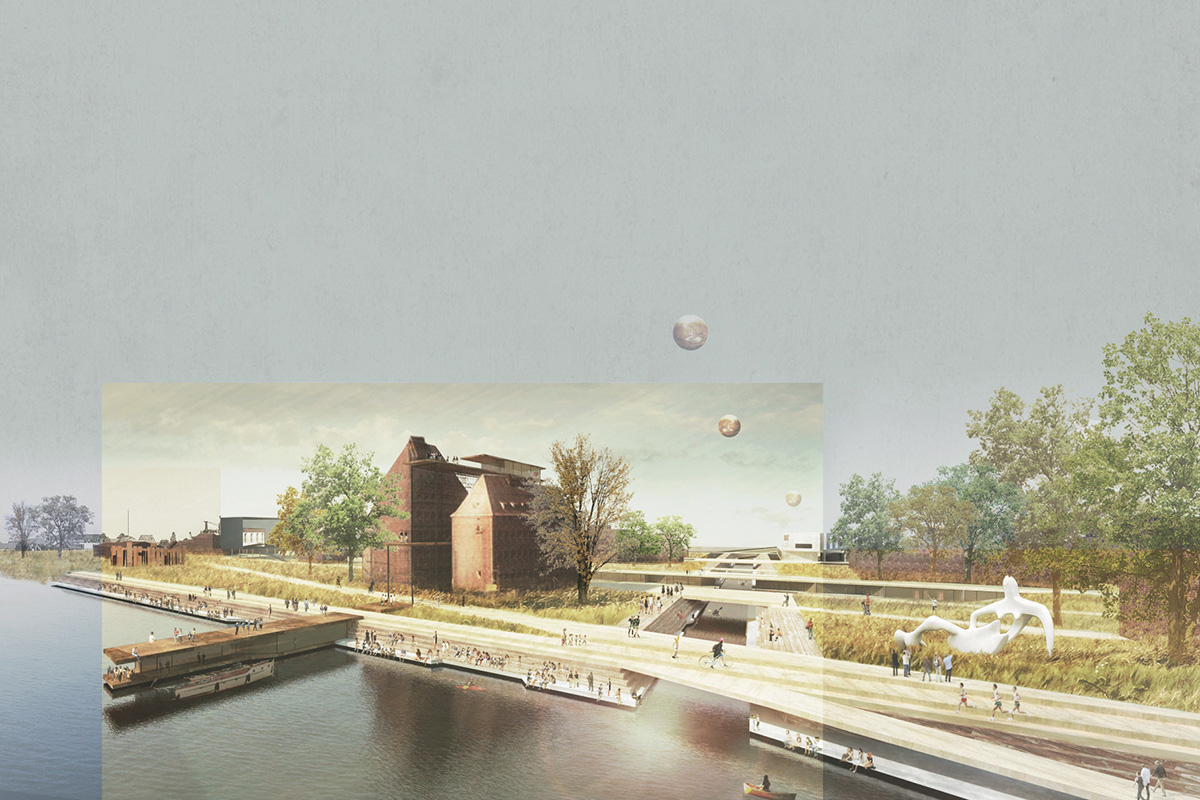 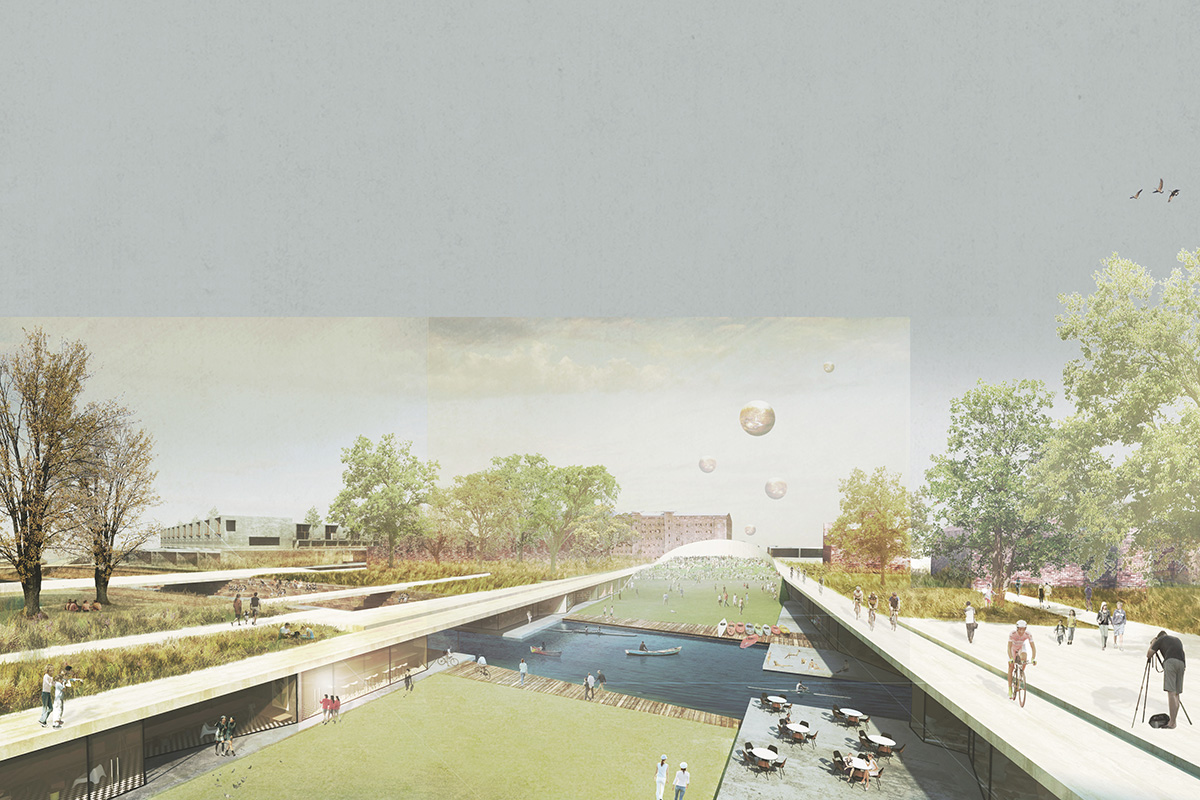 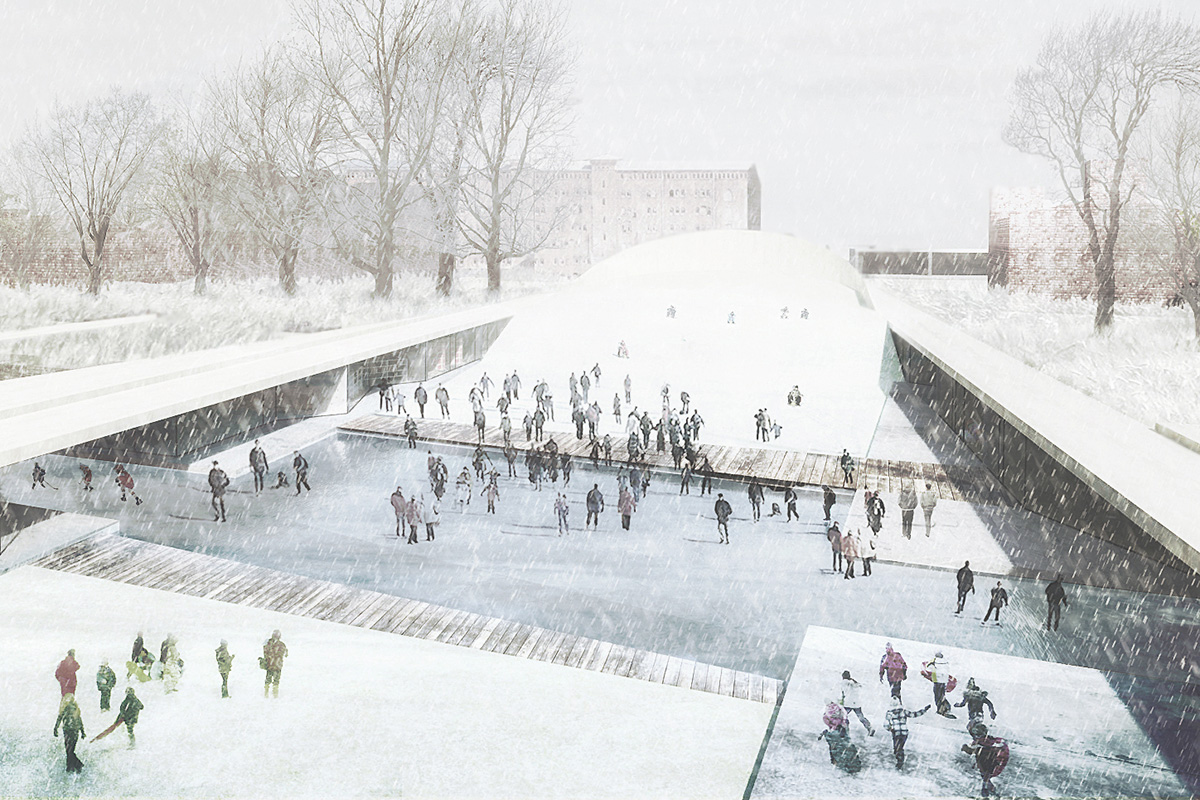 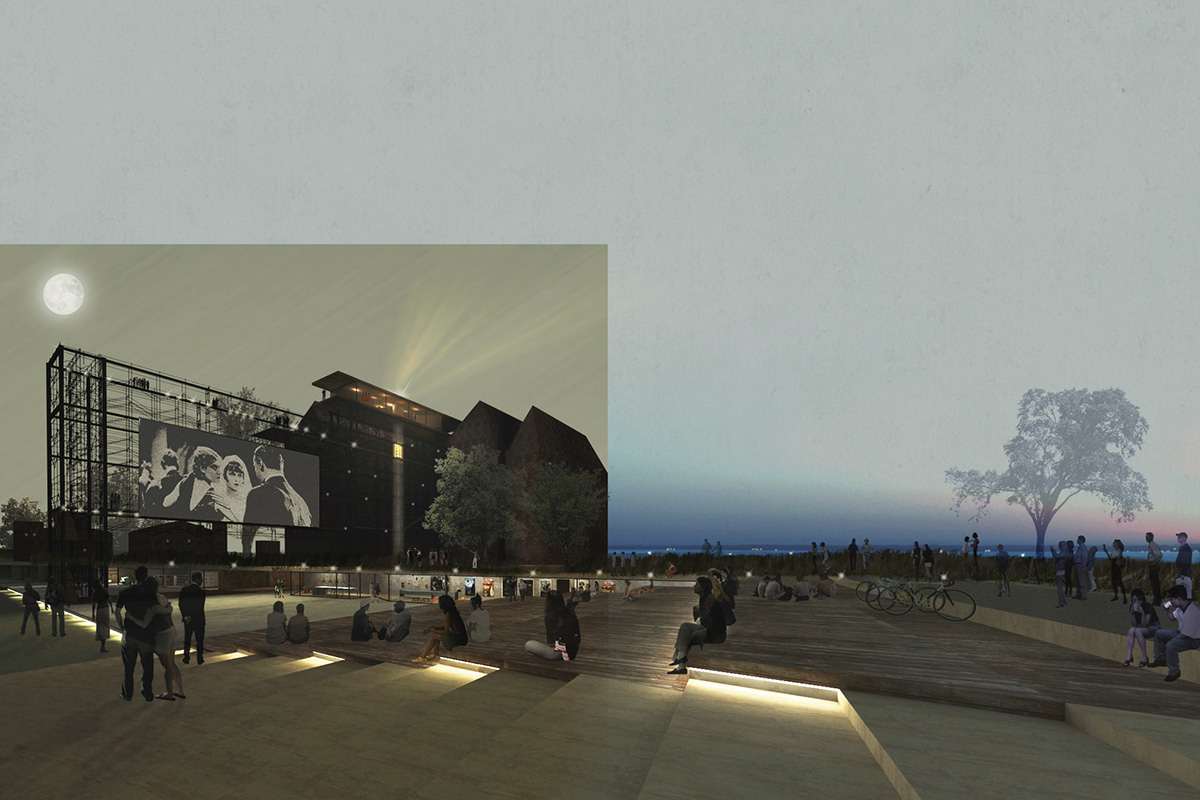